Using the screen shots below you will note that the Dashboard shows some figures that seem at odds with those displayed in the Task Manager. 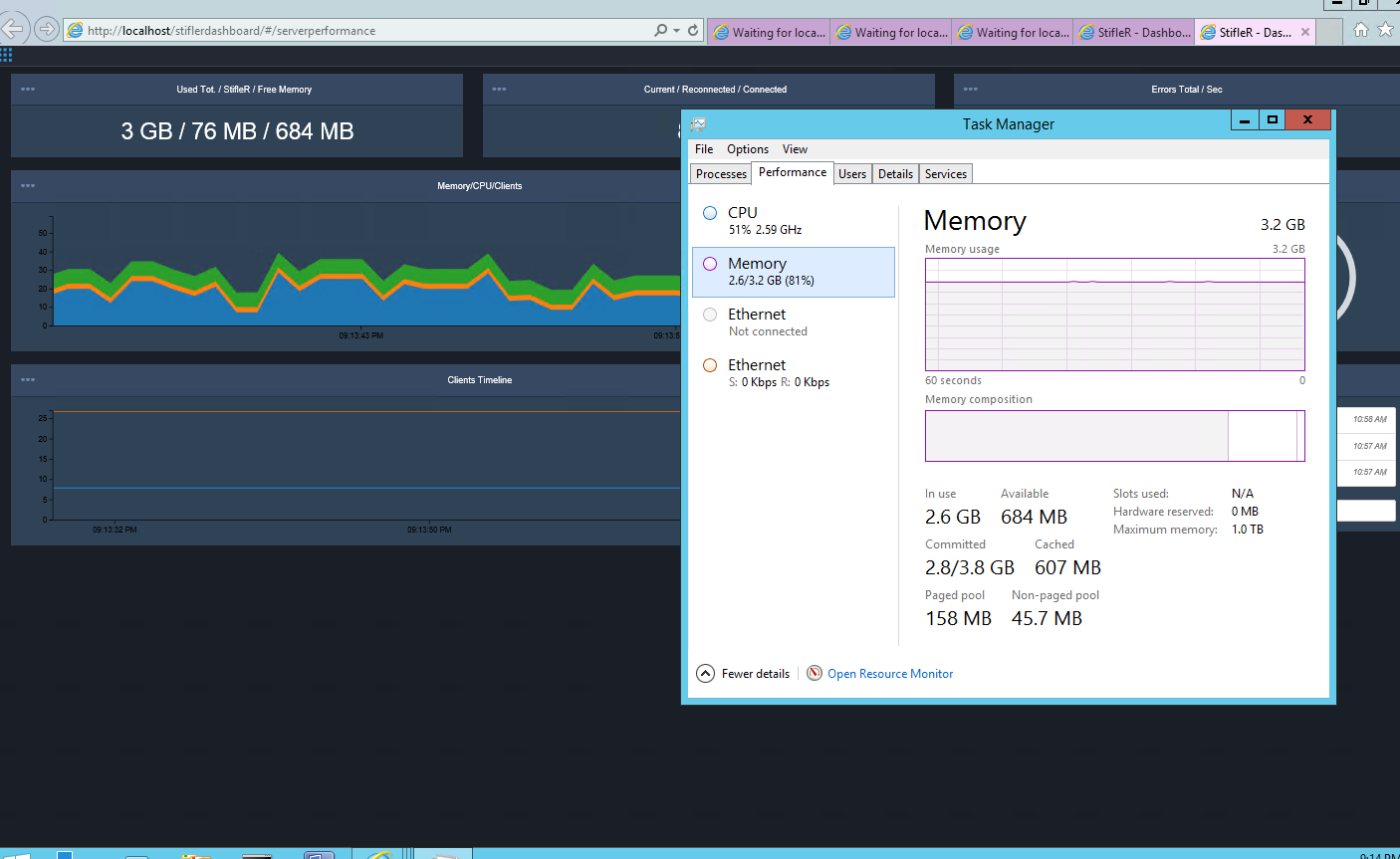 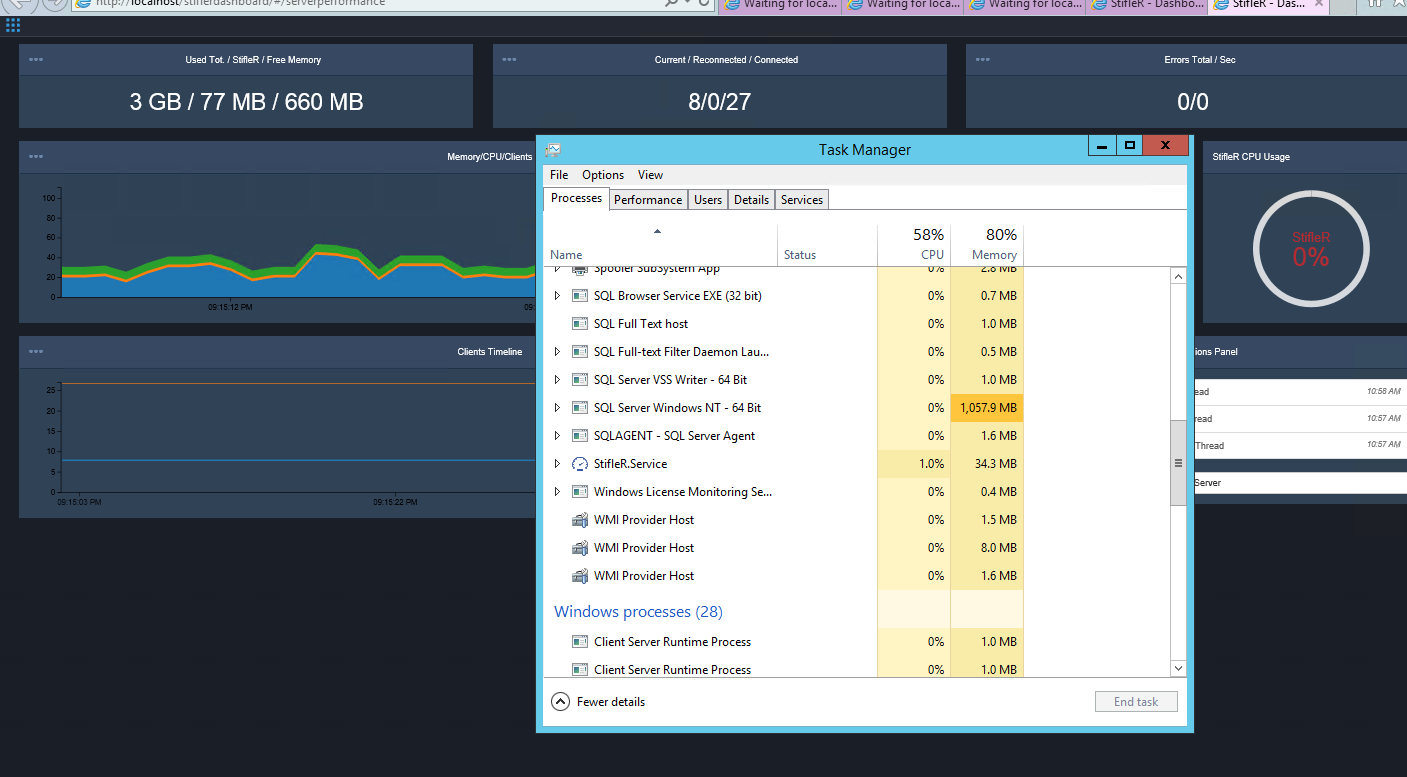 In the case of Figure A : These discrepancies are caused by rounding errors in both Task Manager and the Dashboard.

The “Used Tot” figure has been rounded from 2.6 GB to 3GB

The “Free Memory” however has used the actual figures to calculate the figure shown:

In the case of Figure B : The StifleR.Service CPU and Memory figures should not be compared directly as there are delays in the dashboard display. Also, the memory shown in the Dashboard interface is Allocated Memory. Task Manager however displays Used Memory. To add further complexity the StifleR.Service is a .NET application and is also using runtime memory.